Let’s tax about tax (and hybrids).

Early in my first stint in the field I properly discovered hybrids. I was just so impressed. Impressed in a German high command discovering Enigma had been cracked kinda way – but impressed none the less. Here were instruments/entities/transfers that could render up tax benefits without tax authorities getting exercised and using words like avoidance, unacceptable or frustration. In the midst of the Structured Finance investigations to look at something so clean and so simple but so (tax) deadly was awe inspiring.

Some people may remember where they were when JFK was shot. I remember when I fully analysed my first Australian Limited Partnership – sitting at my desk at work – ticking off all the legs; finding it fully complied with Australia AND New Zealand’s law but it generated a net deduction. Like I say – completely blown away. As time went on I started to see a place for those words avoidance, unacceptable and frustration- but first love is a very special thing. Ash Ketchem may have got subsequent pokemon but Pikachu was always his first love; and the Australian Limited Partnership was my Pikachu. 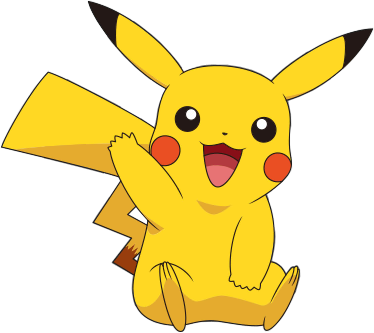 And then like pokemon once you see/catch one – you start seeing them everywhere. There were your every day hybrids hiding in plain sight like the workhorse the redeemable preference share. Like Bulbasaur, solid and dependable. Deductible in Australia and imputable in New Zealand – until they weren’t. Then came blasts from the past the convertible note sisters – mandatory and optional – Squirtle and Charmander respectively. Deductible in New Zealand and not taxable in Australia. Or even the well old vehicle the New Zealand unit trust, like Snorlax always there. Loss consolidatable in Australia and New Zealand – until it wasn’t.

Charizard, or repos, played a major part in the Structured Finance transactions. Full bodied and lethal. Here legal ownership was recognised in New Zealand but not in the United States. Whoa. Definitely an evolved form.

There were also lesser known ones. The New Zealand unlimited company – like a company but with no ltd at the end. Kind of an Ekans with no tail. Company treatment in New Zealand and partnership in United States. Losses counted twice – Awesome.

There were also exotic ones. My particular favourite was the mandatory preferred partnership interest aka the redeemable preference share for limited partnerships. Like Togepie (or Jigglypuff) just so cute.

So many pokemon hybrids so little time!

But now Hons Bill and Mike have decided they should all get back in their balls; pokemongo should be deactivated; and the gameboys should be retired. Good call boys good call. Because like pokemon they were glorious but now it is time for us all to do some real work.