Your (foreign) correspondent is in London this week catching up with friends and family over a quarter of a century since  she arrived for her big OE. My timing was exquisite as the month I arrived – April 1990 – almost perfectly corresponded with the start of the Exchange Rate Mechanism recession and my departure in December 1993 with its ending.

Having lived through that I never want to live in a country again that does not have control of its monetary policy. For all Michael Reddell has concerns over Graeme Wheeler’s stewardship; what New Zealand is facing currently is nothing compared to what England in the early 90’s faced. That is being in recession with high interest rates all because Germany had inflationary pressures due to reunification.

The experience was all the more wonderful as my working career in New Zealand in the late 80’s as a junior accountant had involved losing my job twice without redundancy. Unlike a number of my peers though I was never unemployed. Had some less than wonderful employment experiences but never unemployed.

In April 1990 I had no idea though of the forthcoming recession and did what every other young antip professional did when arriving in London – I became a temp. 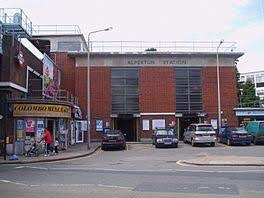 I worked for Warner Music using Lotus 123 to put together the monthly management accounts. This largely consisted on taking the general ledger and repackaging it into a usable  form. It sounds easy but it wasn’t. My colleague whose desk was in front of mine did the same thing for the balance sheet. After several days and lots of checking with each other we would get the same number and we would stand up and high five each other. Yes we were cool. And our manager would then breathe a sigh of relief that he would be able to deliver that month.

I imagine Xero now does what Serjit and I did then.

Warner Music was based in North London – Alperton – and was a huge eyeopener for the white girl from Christchurch. Highlights included:

Anyway back to New Zealand tax. As a temp I worked for a labour hire company and not for Warner Music. The received wisdom was there were two ways I could be employed. Through my own personal services company which is what the cool kids did. They all had accountants and could claim expenses. Or through having PAYE deducted.

I cannot for the life of me remember why – but I went into the PAYE system. And oh man that was the right thing to do. I saved myself a world of pain because ultimately I saw the cool kids having to make appointments with accountants during chargeable work time; organise all their bank statements; and find cash for large tax payments. Although I didn’t see it I would imagine there was also a degree of just letting it all go and getting on a plane – effectively with their tax money -when their visa ended.

But all this ‘I am an independent contractor employed through a company’ stuff was a complete nonsense as they were employed by their labour hire firm as much as I was by mine.

Now Hon Mike is having a go at this nonsense in New Zealand. Nice one Hon Mike nice one. In the recent bill he is making labour hire firms withhold from all payments to all people and ‘companies’ they place. A good start. There is still all the people who contract outside those firms and whose activities are not on those schedules. You know – policy analysts for example. Next bill will be fine.

Recently the Labour party also had a go in this area trying to get the minimum wage legislation extended to contactors. The select committee report discusses the issues quite well including the general issue of the move from employees to contactors in the labour market which is of course a move out of withholding with the consequent risks to the PAYE tax base.

I was also pleased to see this discussion as in Budget 2012 the government replaced the child’s tax credit with a tax exemption for non PAYE income for children at school. David Cunliffe – I think – called it the Paper boy Tax budget. Nice line. But from the opposition there was a lot of wailing that these children would earn $20 for 5 hours work and now they would only get $17 because of tax. At the time I remember thinking:

But to be fair it was removed under budget night urgency where the opposition gets zero prep time. So with more prep we got the entirely sane and well thought out bill from David Parker. Tax however was missing.

It is entirely likely that such low income workers are using every dollar they earn and not meeting their tax obligations. Now Hon Mike you and I both know that this is called tax evasion. And you and I know this is a criminal offence; carrying a risk of a 150% penalty and jail time.

So Hon Mike how about a bit of joined up government. You already control the Revenue and Labour officials. Treasury whether it is Tax, Labour Markets and Welfare or Social Inclusion must also have a view.

And your government has made such an artform of swiping the best ideas from the opposition.

So go on. Nick this one too. Slap withholding obligations on the payer and call it your own.