‘You’re not one of those people are you?’

Your (foreign) correspondent is finishing up her ‘retirement cruise’ and gearing up to make that execrable journey home – also known as long distance economy class travel.

The yoga is going well too – thanks for asking – even without regular access to a studio. In large part to now knowing how alignment needs to work with my skeleton rather than that of a textbook Indian man. 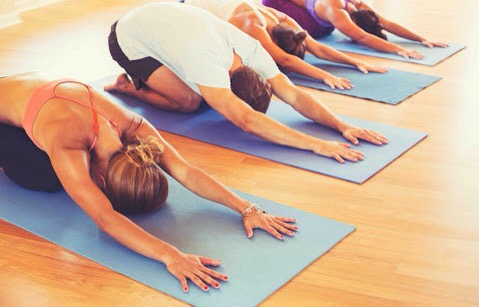 So I have been thinking about this, how foreign tax systems are pretty much all misaligned, and that I promised to talk about the tail chasing stuff needed to make a higher top marginal tax rate work – or at least not not work. Because like misaligned bodies in yoga; misaligned tax systems also need props to work.

A couple of years ago while I was still a Treasury official I was at a social engagement  and found myself talking to a Greens’ supporter. We were talking about the Christchurch earthquake and the rebuild and stuff – yes I do have all the fun – and the convo went something like this:

GS: You may remember that Russel proposed an earthquake levy as a means for the whole of the country to support Christchurch.

Me: yeah I remember that and on the face of it it did have merit – the problem is that whenever you increase the gap between the personal rates and the trust and company rate – you get people moving income into different forms. You may not collect all you think you will.

GS: [eye roll]  you’re not one of those people are you? Other countries cope.

Well yeah I am ‘one of those people’. I really do like alignment and again not from a ‘purity of the tax system’ thing but because  – like keeping R&D tax incentives out of the tax system – it serves us. It serves us because no matter how clever people want to get with their structuring – you always get the same result.

Alignment – like a capital gains tax is not a silver bullet  and – doesn’t mean:

It just means that there is no incentive to start finding a bunch of non-tax commercial reasons that coincidently mean current taxable income is now earned in different lower taxed forms.

But next lefty government if you do want to raise the top rate for individuals – you are going to need some tax props to stop or reduce the tax injuries. That is how othe countries cope. Have a look at page 36 of IRD’s 2005 BIM.

First thing that is beyond key is the trust or trustee tax rate. This must be raised too as income taxed at the trustee rate can be then given to beneficiaries without any more tax to pay. Australia has. All the Penny and Hooper drama happened because the trustee rate wasn’t raised too.

However there are potentially some collateral damage issues from this – aka political risk:

Australia deals with these respectively by taxing at the progressive tax scale and giving the Commissioner a discretion to alter the rate. In the last – and possibly both – cases face palm. Given our tax administration’s aging computer and business transformation programme – a better option would be treating them like widely held superannuation funds and giving them the company tax rate.

You could also do something like giving them a non-refundable tax credit to get the rate back down to 33%. That technology was used in cashing out R&D losses. But this is all second order design detail and nothing officials and/or your working group can’t sort out. No biggie. It might be a bit messy but nothing compared to the carnage involved with not aligning the trust rate.

Next issue is companies and that is a bit harder. I am assuming raising the company tax rate is off the agenda – yeah thought so.

Misalignment with the company rate – as we do now – is marginally less risky as distributions from companies  – dividends – are taxed in the hands of the shareholders. And they use my personal favourite technology – the withholding tax. There is currently an additional withholding tax on dividends when they are paid bringing total tax up to 33%.

You could keep the additional withholding tax at 5% and make people file who need to pay more tax  – as there was no withholding at all last time there was a 33% company rate and a 39% top rate. But there also wasn’t alignment with trusts and that went well.

Or you could raise the withholding tax to – say – 11c and people who need refunds would then need to file. Or possibly a progressive withholding system from say 5c to 11c. All technically possible. But all options will raise compliance costs on taxpayers and/or administration costs on IRD. And remember the aging computer thing?

The real issue is whether our dividend rules last properly looked at almost 25 years ago can stand the strain of say a 11c difference between the company rate and top personal rate. There are ultimately limits to how long people can pay themselves $70k salaries but have a $200k lifestyle. You need to make sure you get that extra 11c when they decide to sort out that gap.

Alternatively you may like to consider making the look through company rules compulsory  for all closely held companies. This would mean the company wasn’t taxed and all the income went to shareholders personally.

Neither issue will need to be part of the first 100 days tax changing under urgency that is de rigeur for new governments. It can be sorted out with consulation and will be better for it. But you will need to be prepared to use these tax props if you don’t want the 2000 – 2009 mess again.

Hardest thing will be reprioritising the existing BT and BEPS work programme to get space for this and your new fairness working group stuff.